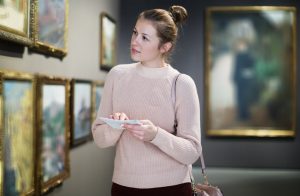 Check Out These Historic Exhibits in College Station

College Station forms the focal point of the Texas Triangle. As a result, the city is a prominent college town buzzing with activities and events. Purposely to document historical events in the development of the United States, several museums and libraries are near our apartments in College Station, TX. With particular exhibits illustrating specific times in the development of the nation.

The Story of Spies, Traitors, and Saboteurs depicts a period in the U.S. history when the most significant threat posed to America lay not from outside aggression but right within the nation's borders.   The event is slated to run from late January to the 28th of May. It aims at bringing out the delicate balancing act of securing the nation without infringing on civil liberties. You will get snippets of how the government acted on the danger and the public's response. An attempt is made to bring to the forefront the evolution of U.S Counter Intelligence and Homeland Security initiatives to thwart future threats.

If you are interested in the elements that inspired the great mind of Leonardo Da Vinci (Earth, Water, Fire, and Air), the George H. W. Bush Presidential Library will play host to an exhibit presenting over 30 visionary machine designs of another era. With each machine carefully assembled by a group of scientists from the notebooks of Da Vinci.

You will identify with the times by setting the machines in motion, picking out the mechanical principles in use. The experience is sure to take those in attendance back in time, putting them into the mindset of one of the world's most distinguished persons. With a multitude of other events slated for this year, contact us for more information!